Schools should have later start times 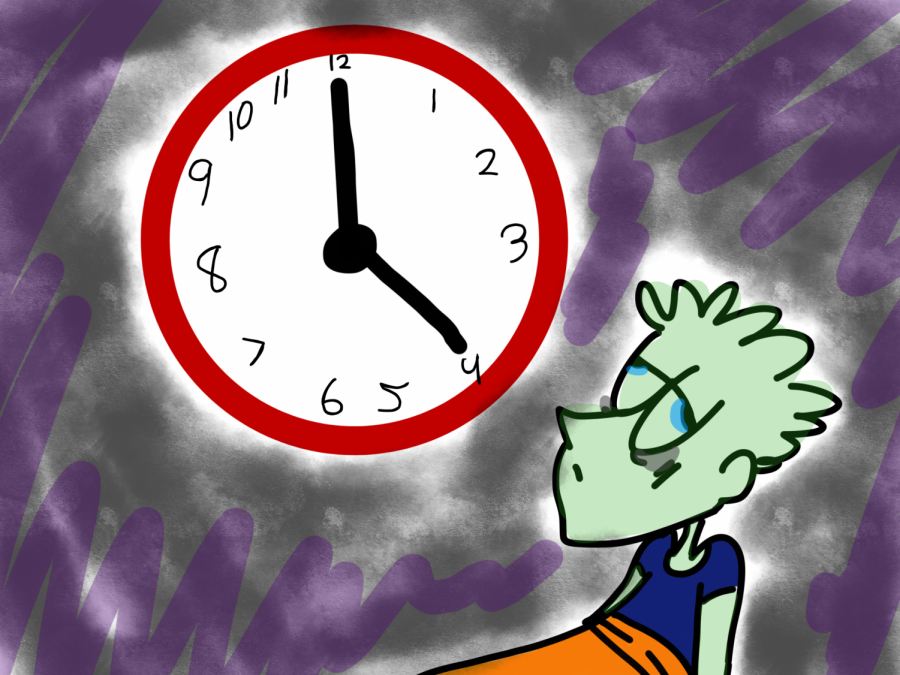 Do you ever get tired of waking up so early? Schools should have later start times. Many people do not get enough sleep. Some kids and teenagers need all the time they can get to prepare for the day. Also, some families like to make a big enough breakfast for their kids so that they are not getting hungry during the day.

Schools should have later starting times due to people needing more sleep. Some kids get so tired that they fall asleep in class and end up getting in trouble. Also, kids have a hard time even getting out of bed because they have to wake up so early. Getting more sleep will help kids with their participation and focus during school.

In the mornings some people take a long time to get ready. If people can wake up later, they might have more time to get ready. Also, some kids like to shower in the morning and that can take up a lot of time. You might think that you should just wake up earlier, but then you are going to be super tired. Kids like me need time to pick out my outfit for the day and also, they need time to do their hair. If we get later starting times, we might have time to do it all.

In the morning most kids like to eat breakfast. Some kids have to wake up early and once they’re done getting ready, they look at the time and see that they don’t have time to eat breakfast. If schools start later, kids won’t be so tired and they will have time to eat breakfast. Families sometimes eat big breakfasts like pancakes and eggs, but some do not get that much time to make it. I know that they have breakfast at some schools, but some kids want to eat with their family. The breakfasts at schools do not have many choices, but if you are at home, you can pick whatever you want to eat. If schools start later, maybe students will finally have all the time we need in the morning.

When it comes to school, many people have different thoughts. Some think schools start too early and some think waking up at 6:00 am or 7:00 am is not a bad thing. If schools start later, some kids will not make it if they play sports. If the school gets out at 4:30 pm and sports stat at 4:45 pm, you are probably going to be late. However schools should start later because people need more sleep, they need more time, and people need time to eat their breakfast and get the full 8 hours of sleep.