Editorial: The truth behind Thanksgiving 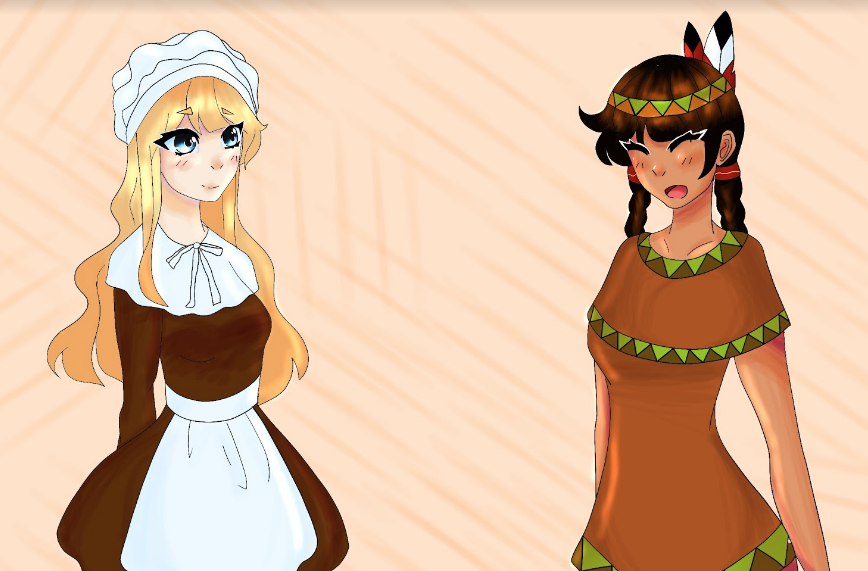 *Written on behalf of The Eagle’s Call Editorial Board.

It’s that time of year again. The temperatures fade to a cold and snowy still on our streets outside. The final leaves fall from their trees and people bundle in winter jackets, waiting for the bus each morning, running towards it when it comes, desperately searching for heat. There is a certain feeling of camaraderie between everyone in the holiday season. It’s joy, ecstasy, the holiday spirit, whatever you want to call it. The end of November marks Thanksgiving, a tradition formally started in 1863 and treasured in homes across America ever since. Thanksgiving is known for giving thanks, being with family, eating good food, and feeling gratitude. However, the origin of this story did not begin with happy pilgrims eating a feast after escaping on the mayflower.

Thanksgiving is a holiday whose story has been twisted and tugged, pulled awry from a lot of the truths of the first colonists in America and their impact on the natives. Many people we go to school with each day are Native Americans (or at least part native). Their ancestors were the ones who lived here first, creating a way of life and cultivating the rich ground below us. They may not have been perfect, but they’ve carried their culture throughout hundreds of years. When the natives (Wampanoag tribe) decided to help the English, they had no idea how their kindness would be dismissed later as many of their own would be turned into slaves or killed. Squanto, a Native American leader, helped the newcomers learn how to plant and develop a living space. He also helped to create alliances between the colonists and the natives. But even after that, Squanto still was captured and sold into slavery to the Spanish, and on arrival back to his homeland, his tribe was wiped out by the smallpox brought by these newcomers.

In 1621, after the first corn harvest proved successful, the famous “first” “thanksgiving feast” was held. The meal wasn’t what we think it was, but that’s beside the point. The colonists were taking advantage of the Natives and it only got worse from there. Over the years, Americans have tried to kill natives, force them to abandon their hundreds of years old traditions and force them to be like everyone else. They tried to destroy an entire group of people. The damage is evident as there are only 1 million natives who live on reservations today from an 18 million population before the colonists came. Should the colonists have come and intruded in a place that wasn’t theirs? That is the true question.

It is evident that America wouldn’t be at the place it is right now, where we can all have rights and get an education and have space to live in, without the colonists. But our downfall is how colonists mistreated the natives. Colonists tricked them into signing horrible treaties during westward expansion, and sent their children to boarding school to force them to assimilate. The truth is that we would like to think we would never knowingly or willingly do that to a group of people today, but yet many still tell children lies about a holiday, lies that leave out the fact that 90% of the population was wiped out, lies that claim the natives and colonists were friends and had a big feast with turkey.

Should we stop celebrating Thanksgiving? No. But Many natives have suggested creating a native day, where we honor the Natives who have passed. The Thanksgiving holiday could focus more on gratitude, rather than the past mistakes we have made as a country. But schools should not be making it sound better than it actually is, but should be focusing on telling the complete truth in an age-appropriate way. Thanksgiving is a day to remember all you are thankful for, but in doing so, we shouldn’t rewrite history.