The difference between School, Traveling, and AAU Basketball 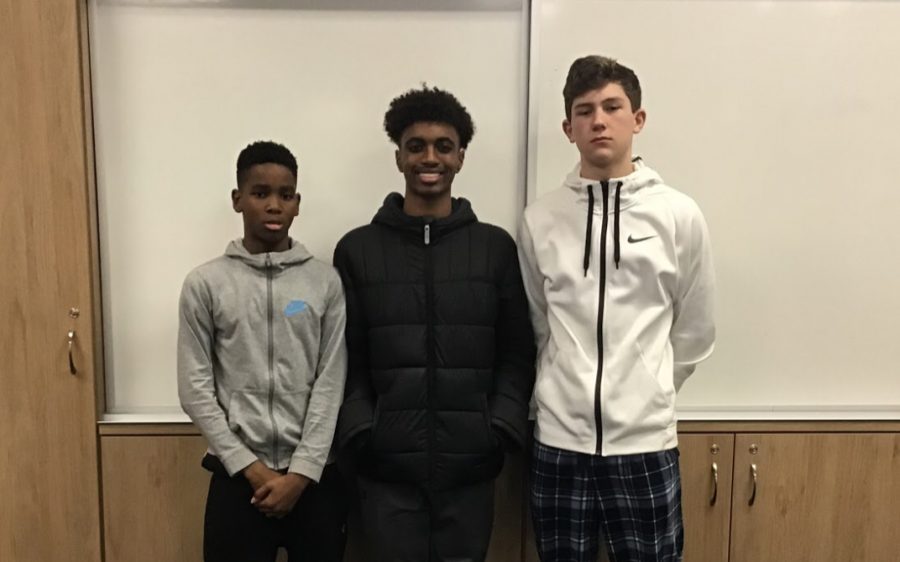 Valley Middle School is filled with athletic people. From soccer to volleyball, track and field to tennis, no matter where you look, you will see someone who goes the extra mile to be the best they can. This includes boys basketball. Eagle’s Call took a look at three eighth graders who are extremely committed to their sport, Nati Tizazu, Ryan Johnson, and the Eagle’s call own, Justin Cowan.
Ryan Johnson started playing basketball when he was two years old. He got interested in it from playing and gaining more success. Justin Cowan started playing basketball when he was 3. He got interested when he had made his first shot. Nati Tizazu started playing when he was 5 or 6. He got interested because it is a nonstop game and cause any team can win. All three play for multiple basketball teams so they can continue to be challenged in their sport.
Nati, Ryan, and Justin agreed that school basketball is a place to have fun. School basketball practices are every other day. A lot of people try out for the team, and VMSS has a lot of teams. The biggest difference between the teams is how much the team travels and practices. Ryan said, “For school you just stay in the district.” Justin said, “School ball is just for fun while traveling and AAU are more serious. Traveling is also were you travel around the state.”
Traveling basketball is when you go with your city team to different locations in your state to play. The furthest Ryan has traveled for traveling basketball is Wisconsin. For the most part, they said their traveling teams travel within the state. Nati said, “Traveling is traveling around the state to try and win State Tournament.”
AAU which stands for Amateur Athlete Union is in spring after winter season. Ryan said AAU is, “Where you play to be the best you can be.” Traveling for AAU is a lot different. Ryan has played basketball in Chicago and South Dakota. Justin has gone all the way to Indiana, North Carolina, and Virginia. This is the first year Nati is playing AAU. Nati said, “AAU is more serious and has the highest competition.”
Their are all the differences and similarities of school, AAU, and travel. Justin mentioned, “AAU is super serious and is big time.”

VMSS students are dedicated to many things inside and outside of school. Nati, Ryan and Justin are great examples of hard work and perseverance.

Practices in school basketball are laid back. Traveling is better intensity and you have plays that coaches do to make you more successful whereas AAU is traveling times 5, where everything is better. Opponents in school are iffy and not that good, traveling is a step up but still a little iffy with some good competition but, also some bad competition. AAU is the best of the best where the opponents are really good. He thinks he plays the best in AAU because in it everybody’s good and makes him perform better.