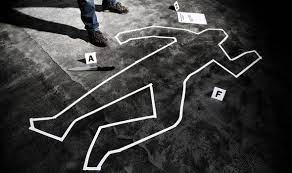 After Jessie’s death, the police focused on catching The Gutter once and for all. And Sal-She she just focused on finding The Gutter. She quit her job to focus on catching him and didn’t even think about crying, even though she had lost her mother figure and best friend in the same week. Not to mention she had a funeral to plan. Which would definitely not be as “fun” as Freddy said it was.

As the weeks went by more and more people got gutted. Why this sudden activity? Why such fury? Many theories were passed around. “Maybe that Jessie was the first gutter….And he was killed by the new one!” Ms.Osaka had said during the funeral. But Sal didn’t listen. She didn’t listen to any of the rumors about Jessie, her aunt, or even herself. Which was hard when everyone knew your name.

Soon, the air turned cold, and the autumn leaves started to fall from the trees. The owners of the café decided to host a memorial gala for the people who had been gutted. Sal stared at the poster on the door as she sipped her coffee. “Sal, Sal!” Detective Williams snapped her back from her trance. “Oh, sorry.” She muttered.

Williams turned his head and glanced at the poster. He fiddled with his tie nervously. “Yeah, the gala. I was wondering if you wanted to go with me?” Sal stared in wonder at him. Her chest filled with a warm fuzzy feeling she hadn’t felt in months. “Sure! That sounds great! You know my number, Detective.” He laughed, before standing up. “You know you can call me by my first name, right?” He chuckled. Sal blanked out. “Wait-what?” She said before she burst out laughing. “It’s Brayden, by the way.” Sal smiled and waved goodbye.

Sal anxiously fiddled with the ribbon on her white gown. I can’t tie this stupid thing! She thought to herself as she tried her best to get ready.  As she tugged the ribbon in her hair, it brought up an earlier conversation she had.

“Do you think The Gutter will be there…?” She had asked.

Brayden paused for a moment, ran a hand through his short hair, and sighed. “A bunch of guys at the precinct do. I have confidence that he’ll make an appearance, but don’t worry. We’ll get him this time. We’ll catch him once and for all.”

“Don’t. Don’t say that. Everything will be fine, Sal.”

Sal wanted to believe him. She really did. But as she stood, looking at the window at the car pulling up in the driveway, Sal’s gut twisted. Something was going to happen. She could feel it.