West Side Story 2021 Movie: My Thoughts 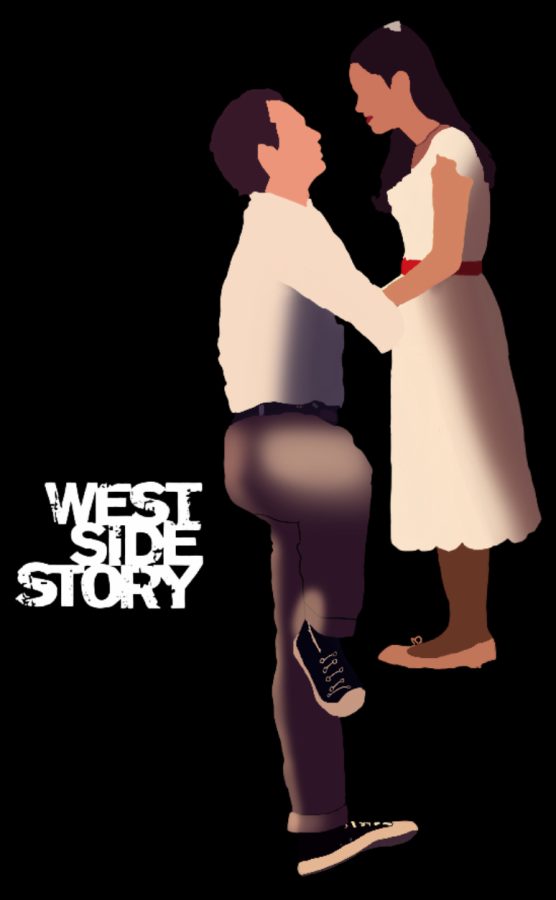 West Side Story is a 1957 musical written by the late Stephen Sondheim, which was adapted for film in 1961, starring Natalie Wood, Richard Beymer, Rita Moreno, and George Chakiris, and now recently given a modern version. On December 10th, I was able to see the new movie, and here’s the recap and my thoughts on it.

In the summer of 1957, there were two gangs. The Puerto-Rican immigrants, or the Sharks, and the Jets. But after a dance at the gym, co-leader of the Jets, Tony Wyzek, falls in love with the Sharks leader, Bernardo Vàsquez’s sister, María. It is a modern-day (or used to be modern-day) version of Romeo and Juliet, but added subjects like gang wars and racism.

This was Rachel Zegler’s first performance so everyone was amazed at her lovely soprano voice. Before this movie was announced, people were upset about how María, Bernardo, and a lot of the Sharks in the 1961 film were white, despite the story having to do with the fact that they aren’t white. But Zegler, DeBose, Alvarez, and the ensemble sharks are all of Puerto-Rican descent, so it’s good that they fixed that.

A minor character that had changes in their actor was Anybodys, a Jet who, in the 1961 movie, was a tomboy who wanted to be apart of the Jets, but they didn’t like her because she was a girl, but in the 2021 version, they turned her into a transgender man played by Iris Menas.
Music
The music was created by the late Stephen Sondheim, so you know that it’s good. Sondheim is known for, along with WSS, musicals like Into The Woods, Sunday in the Park With George, and Company. Sadly, before this film was released, he passed away due to cardiovascular disease. May his memory be a blessing.

All of the music in this movie was adapted beautifully, and my favorite moments include the balcony scene (Tonight) and the dance breaks in both America and Jet Song.

Awards:
This movie isn’t a play so it didn’t win any Tonys or Drama Desks, but it still won 3 Golden Globes this year.

And for me, I rate this movie a 10/10. I loved everything about this movie, the dancing, the singing, the emotion. This movie was a gem, and so was the 1961 film. As of right now, it is still in theaters, and on March 2nd it is going to Disney +.