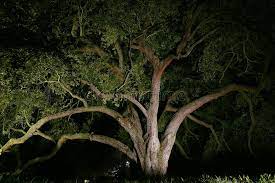 Marita Williams had always been a mechanic. Ever since she was little, she had been taking apart everything and figuring it out how it worked. Maybe she didn’t have the best behavior. Or maybe it wasn’t all great since she got pregnant when she was 16, but she was happy with her life.

She nodded her head to the beat of the song. Twisting the wrench, she tightened the bolt on the pipe connecting to the sink. She stood up, and turned on the water. Then, held a cup underneath the faucet, and smiled as a steady stream of water poured out. No drips. Nothing. Marita pumped her fist and checked her watch. 11:00. She left a note for Lavinia to drop by the mechanics shop when she had the gas.

The red Chevrolet Cheyenne pulled out of the driveway with ease. Marita had acquired it on the side of the road and fixed it up-costing half of her savings. The mechanic’s shop was nice. Freshly built. Nice tools. It smelled like a tropical air freshener. She sat on the desk and twisted the “open” sign on the door. She wondered where her boss was, but didn’t think to much about it. She’d never been good with people. Apart from Lavinia, she’d always preferred cars over people.

Later, Lavinia finally came back. “Hey sweetie.” Lavinia set the gas can down. “Aww, thanks. You’re the best.” She set it in the workshop. When she came back, Lavinia looked pretty rattled. “What’s wrong?”

“Nothing. Thought I saw something at the playground.”

“Oh-I found a school for you. Apparently I already sent in an application to Salem Middle School…” Marita struggled to push out her suspicions about the school. Lavinia didn’t say anything. “Hey, are you sure you-“

A man came in. He was in a black business suit. Marita blushed a little. “Hey, you’re a mechanic, right?” Marita nodded. Lavinia sat down on one of the bouncy couches. “My car is screaming at me…Can you take a look?”

“Sure.” She opened the door to the workshop as he pulled his car into the garage, leaving Lavinia alone. The boy had rattled her senses. It didn’t seem possible that somebody would disappear right before her eyes. Probably because….it wasn’t possible. She couldn’t find the logical side of it, except that maybe she had drunk bad water. Or was hallucinating. Her mind was racing. Suddenly, her phone beeped. Her mom was texting her.

You can go, Vin. You know the way back, right?

Lavinia sent a thumbs up and left.

Maybe if she had stayed, things would have been different.

Marita was left alone in the mechanics shop, the man hovering. “What did you do to this car?” She joked. The wheel axels were broken, the motor was dead, and, of course, he was out of gas.

“And would business include driving through the woods at 40 mph?”

The man froze. She could see him shift uncomfortably.

“I really wish you hadn’t said that.” As Marita came out from under the car, she heard something click. She turned to see the man pointing a gun straight at her head.

Lavinia pulled her hair anxiously. It was 6:24 and her mother wasn’t home yet. A knock made her jump. She opened it to find- the…boy? He looked scared. “Please, help me!” He begged. Lavinia stuttered. “I-What do you- What??!!” He took her hand and led her out of the house. The moon was a strange bright orange color. “Where are we going?” She asked worriedly. He led her through the thick forest, running at an inhuman speed. Lavinia struggled to keep up, until the entered a clearing.

A giant tree was in the center. The bark seemed to have glowing green veins….? She walked forward. She turned around and the boy was gone. She continued to walk forward. Lavinia couldn’t stop. It’s like it wanted her to touch it. As she walked closer, she noticed small little pink flowers. They were beautiful. She reached out to touch one. It burned her. She pulled back and held her hand close to her chest. The flower spat out some yellow spores. It illuminated the clearing with light. She smiled. It was so mesmerizing, she didn’t feel the spores burning their way into her skin.