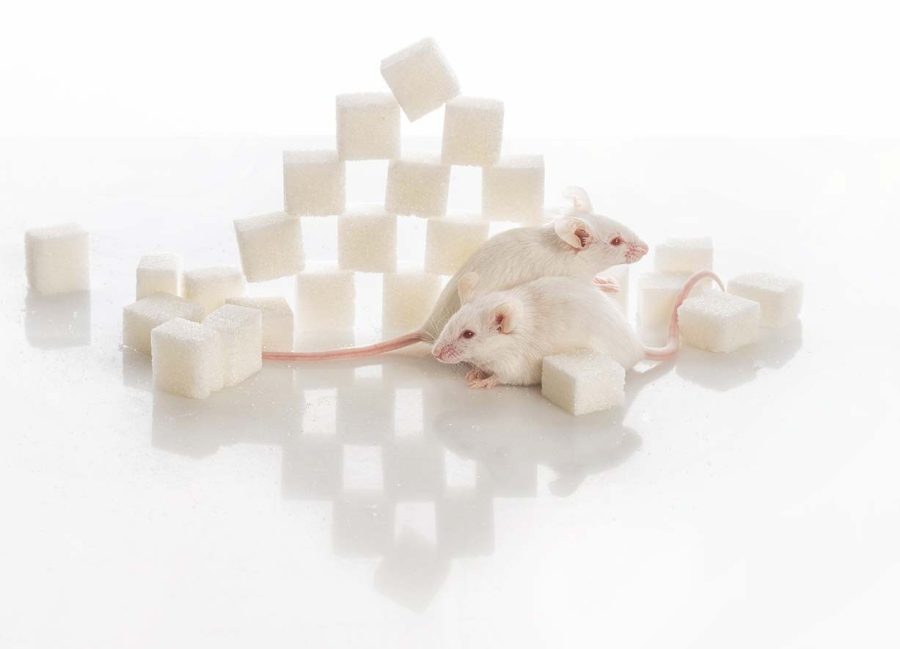 I can’t move. I feel my lungs are steadily getting slower. I glance at my feet. No matter how hard I try, they won’t move. I know I’m not going to make it another day. I ran out of food a long time ago. My eyes start closing as I fight back the tears forming in my eyes. My voice is raspy. “If only I didn’t lose you.” I force my eyes open, “I’m sorry.”

Those tiny, white, crystalline grains were crazy. The way they picked me apart from the inside out. Tearing me away piece by piece. My life; reduced to nothing because I couldn’t resist it. I think back to the day where it started, weeks after the worst day of my life.

That day started like any other day. It was raining. Like usual. It always reminded me of my mood at all times. I had just finished cussing out the tiny little stuffed toy my mother gave me before she left. It was the last thing I still had of her. But when I realized she wasn’t coming back I couldn’t bring myself to care for it. Mom. I wish she was still here instead of just a fragment of her. I wish she didn’t leave that day. That day became the worst day of my life.

She told me, “You don’t need to worry, Harry,” with a smile that would end up ripping a giant hole in my heart. “I’m going out for a bit. The humans are only going to be gone for a few more days,” She reassured me with a kiss to my forehead. That’s when she handed me the little toy that she made. Even though it was new, it looked old. Its tiny button eyes sewed in poorly. The material was all fuzzy. But still, I had grabbed it and held it tight, close to my heart.

“But I can go with you,” I squeaked out, nagging at her with my paw as she started to crawl away.

She replied quickly but in a firm tone, “It’s fine, Harry,” she turned her head to look at me. With her big smile, “I’ll be back. I promise.”

Those were her last words to me. A promise that she couldn’t keep. Maybe if I tried harder to stop her, then she’d still be here. Maybe, I should’ve tried harder to go with her. Maybe if I did something–anything. She had left to get us food from where the humans stored most of theirs; a giant metal box filled with food that would’ve lasted us years, but them only for weeks. We’ve only ever succeeded obtaining food from there once before. But that was a year ago when the humans had been gone for several days. Even though the humans had left for only a few days she still didn’t come back. I thought she’d be back quickly. You know, like on an autumn day where the humans are almost never home. I told her I would go with her, that eight paws were better than four. But she said it’d be alright. It’s been weeks. To this day I think she died in one of the traps the humans had set up specifically for us mice. I think she saw the tiny piece of cheese on the flat wooden platform and was so hungry—that she didn’t think about the metal rod that would slam against her back, crushing her spine and taking the last breath out of her lungs. My little sister, well younger sister; she’s bigger than me. She thinks mom went to get food and hasn’t come back because she got lost along the way. After all, it is a large house. But mom knew every corner of this house; she’d never get lost. I didn’t bother telling my sister this. I didn’t want to worry her. But I think now she’s starting to see the truth that she is never coming back.

My sister was sleeping when I woke up. We ate the last of our food two days ago. I had to get up and leave the small hole we’ve lived in our whole lives. So I stepped out for the first time since before mom left. In front of me I saw giant human structures that they use for leisurely activity. A giant flat black screen, usually there were moving images up there. A massive leather seat where the humans like to sit and rest on. I couldn’t see the place where all the human food was stored, but I could smell it. Just faintly but surely. I took a few more steps. I sniffed the air, it smelled like old wood, mingled with the slight scent of sweet and above that, the smell of cheese. “I love cheese” I thought to myself while I was sniffing the air. My head moved up to collect more of its scent and my tail curled closer to my body. The smell was mesmerizing.

I hurried all the way through the first room and into the second, where I made my way around the more immensely large furniture. The smell of the sweetness had gotten stronger but so had the cheese. I was now one room away from the food room. As I made my way through the last room I took my time. I had let the smells wash over me. As I entered the food room, more smells entered my nose. Most of the scents are drowned out by the overwhelming scent of sugar, its sweet, strong scent drowning my nose. I could still smell the cheese. But the sugar had already taken its course. I saw the giant metal food box. There were counters surrounding it with many other metal appliances. I climbed up the counter—quite easily—to find the scent that wouldn’t leave my nose as soon as I got in here. As I look over I see a jar that was once filled with sugar spilled over. I had never seen sugar by itself before. The smell was so strong. My legs carried me over to the pure white, tiny crystals of sugar. My mom had told me before that sugar alone was dangerous.

“It can ruin your life.” She said “First, the smell will overtake you. You’ll be so washed in by the scent you can’t help but move closer. Second, you’ll taste it. The taste is incredible, making all feelings of sadness, anger, regret, and shame disappear. Third, you’ll be thrown into a frenzy. You’re so overwhelmed with joy you can’t help yourself. But, just like any good thing, it won’t last. When the feelings are gone something will happen. You’ll feel miserable—mad even. You’ll do anything to get that feeling back. The only solution is to eat even more sugar. You can’t help yourself.”

That’s what my mom told me. It didn’t sound so bad coming from her. I always wondered how she knew so much. I always had a thought that she might’ve once been hooked on it. I thought at first “That wouldn’t happen to me,” right? There was no way. But still, I saw that I was moving even closer to the pile of sugar. Until eventually I found myself nose to nose with the sugar. And before I knew it everything my mom told me was happening to me. And I start to think about it more. Maybe mom was going to get us food. But she saw the jar of sugar. If she really was addicted to it before. What would stop her from eating more? Maybe she took one last taste. That’s why the jar was knocked over. Maybe she thought she’d make it back but couldn’t. I thought back to what she said and I said to myself, “So then why does it matter?” I felt myself getting frustrated, but I was laughing. I had started to yell at the ceiling, what did the ceiling do to me? “You aren’t here anymore!  To help! To protect me and my sister. You aren’t here to stop me! Are you!” And with those words I felt myself breakdown. Slamming my little paw against the counter. Making an even smaller sound. All the mixed emotions that were inside pushed me over the edge. And I took a taste of the sugar.

Everything became still. I felt every emotion at once which somehow, felt like nothing. I was empty. But still, this feeling was amazing. Everything that’s ever worried me or concerned me, didn’t matter anymore. I’m flying. Flying all around the house. Until I’m flying back home and before I knew it, the feeling was gone. And I woke up back in my bed with my stuffed toy looking at me. Its one eye was staring at me. Judging me. My sister was sleeping and I saw I did bring plenty of food back. I had no energy. But I did know where I could get some. “The sugar,” I had whispered under my breath. My heart started beating faster, getting excited to feel that wonderful feeling again. I wanted more. But I also needed more. My tail told me this by the way it was whipping back and forth.

I continued going back and forth everyday for weeks. Consuming so much sugar to the point where I could always hear my heart beating. My sister never woke up again but I didn’t notice. Not until one night I came back so tired. I turned her over. Her eyes were closed, shut tight as if in her last moments she was caught in a bad dream. Scared, but her brother wasn’t there. I thought I was the one eating the sugar. But in reality it was eating me. Eating me from the inside. Turning me into someone else. Now that my sister was gone there really was not much reason to go back to the food room. But I still did. I didn’t even think about it anymore. I felt the sugar calling me every morning when I woke up. One morning I heard the sugar call my name. But I couldn’t move. That brings me to now.

My breathing is hard to control. The lump in my throat is aching. I’m crying until eventually, I stop breathing. I become surrounded by an eternal pitch black darkness. My mind is racing. All the pain is gone. In the corner of my eye I see a light. It’s blinding but beautiful. In front of the light I see two figures of mice. As my eyes clear up I see. It’s my sister and mom. I’m running to them with tears in my eyes. “I’m home,” I think to myself. “My sweet addiction is finally over.”

My allegory is a story about drug abuse/addiction. I tried to represent this with sugar and a mouse. Sugar can already be considered a drug. It is highly addictive in a less obvious way. To a mouse that is much smaller than a human, sugar’s effect would probably be more intense. My character’s name is Harry, which I don’t mention much, but Harry is also a nickname for a highly addictive drug known as heroin. The mom leaving in my story represents something that may push someone over the edge to drug abuse/addiction and the sister represents the problems or important things that are left behind or neglected when one is addicted. I chose to write about drug addiction because it saddens me when I see things like this on the news. It’s important to me for a reason I don’t quite fully understand. But it still feels close to me. In this story I hope the reader can get a better understanding of addiction and drug abuse in a simpler way. I hope the reader can see the regret and pain that one goes through when “hooked”.